One of the most iconic times in American history is the expansion into the West. Pioneers battling unfamiliar weather and harsh conditions to make a home for themselves far from the increasing pollution and crime of the larger cities in the East. Rustic style is homage to that, the same way that shows like Bonanza and games like The Oregon Trail are. Having a Rustic style home, however, doesn’t require you to be able to ride a horse or face the threat of dysentery.

Plan featured above is ourTimberland Cove (NDG 1428) which is our most popular Rustic style house plan.

Roots of the Rustic Style

You might think that America was founded by dreamers and idealists searching for a home without religious restrictions and taxation without representation. That is not necessarily true. A good portion of the American landscape was conquered by everyday people.

These pioneers were not, for the most part, educated men and women. They were farmers and laborers. They were poor. Most of all they were just looking for a better life for them and their families. And that begins with a home.

In 1862, the Homestead Act was signed into law by President Abraham Lincoln. How he found time to do this in the midst of a civil war is beyond me. The Homestead Act provided settlers with 160 acres of public land if they maintained five years of continuous residence on the land and paid a filing fee. This jump started the move out to the West.

Remember that old PC game, The Oregon Trail? It was an educational game that took place in the 1880’s. You and your family were to travel from a starting point in the Eastern United States all the way to Oregon in a covered wagon. It was a fairly accurate representation of the conditions the settlers faced along the way. You had to buy your supplies, travel at the pace the animals could pull the wagon, and you faced a multitude of potential problems along the way. Some of which would kill you and your party members.

In real life, the settlers faced many dangers along the way. The real challenge, however, started when they got to their land. Many of the people who traveled out to the West on the Homesteader Act were poor. They couldn’t bring much of their belongings with them. They certainly couldn’t bring construction supplies out there. So they built what they needed when they got there.

The homes and buildings that they were able to construct used local materials and were usually very simple. Log cabins were built in areas where there was an abundance of lumber. Cottages were built where there wasn’t. Securing themselves from the elements was a must. This would give them better chances of surviving the five years required to apply for the deed to the land.

The 1800’s were not just about expansion when it came to land, but also in technology and industry. This was the time of the industrial revolution. Major factories and economic centers were being built and thrived during this time. The owners and managers of these factories and economic centers formed a new class of citizen. These were the new rich. They had lots of money to spend and were able to build elaborate homes and estates for themselves.

Not only did they spend tons of money on their primary home, but they also built vacation homes on the beaches of the East coast. These Adirondack homes were constructed to be simple retreats for the families and friends of the new class. While they appeared simple, the construction of one of these homes could be very expensive.

They were usually built of planked boards and had many windows with open airy rooms. Planked boards, especially ones that are high quality and straight, were expensive to purchase. They required more hardware than the log cabins and farmhouses that had been built by the poorer denizens. And windows, well, windows were extremely expensive.

The more windows you had, the more the bill ran up. Not only were the windows themselves expensive, but the builders had to contract people that specialized in putting them in. Anyone who’s ever had to hire a plumber or electrician knows how much a specialized workman will cost you.

Rustic style has evolved from the many different types of homes that settlers built in the West and also from these Adirondack vacation homes. Now there are 4 basic types of Rustic homes.

Obviously the cabin is going to be the first on the list. The modern cabin was inspired by the log cabins of the past. Even as you read the words, I know what you are picturing. Logs stacked one on top of another. A front room dominated by a stone fireplace and a large window to let in the natural light. A cozy little bedroom tucked under the eaves of the roof with a patchwork quilt laid over a wrought iron bed.

Yeah that’s the one. The modern cabin is not that different. Modern cabins are going to be made to look like the traditional log ones, but with more modern amenities. I don’t want to read by an oil lamp any more than you do. Traditional log cabins were made with roughhewn logs stacked one on top of the other. Usually, the logs were dovetailed and fitted into each other to keep them together without having to use many nails.

In between the logs, chinking was used to keep out drafts, vermin and insects. It was also used to accommodate the differences in the size of the logs and to give the logs space to expand and warp over time. Originally, chinking was made with mud, clay and straw. Modern cabins are very similar. Modern cabins are now made with flexible acrylics. This allows for a more even application and is more durable. 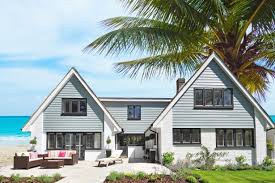 When you are talking about a cottage in the terms of influencing the Rustic style of home, you don’t want to be thinking of the Disney Princess cottage. You’ll want to think about the little vacation houses on the beach. These usually had clapboard siding on the outside and whitewashed interiors with planked wood for the walls and floors. They also had lots of large windows.

The modern cottage is not much different. You can still see this look on any of the beaches, especially on the East coast. The Rustic style was heavily influenced by the simplicity of the beach cottage and the large open windows. 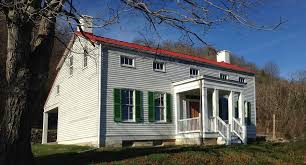 While the farmhouse is a separate category all on its own, it does have quite a bit of influence on the Rustic style. A farmhouse was typically built using whatever materials the homeowner had nearby and usually to a simple floorplan. The early farmhouses were actually designed by the owners and did not have any set floor plan to the style.

Farmhouses are the epitome of simplistic construction and style. They typically are built for function rather than looks and tend to be built sturdy. The Rustic style borrows the roughhewn beams and planked floors for the interiors from the farmhouse style. Or maybe it was vice versa. Historically, they were both being built at the same time and with the same type of materials and construction methods.

Think of ski resorts in the mountains and you’ve got a great example of a lodge. A lodge typically has high ceilings and large banks of windows. The furnishings from a lodge are taken straight from the area around them. Large timber trusses made to hold those high ceilings into place. Another key element is the oversize fireplaces to help warm you after a long day running around in freezing temperatures.

Lodges are often decorated with natural stone and lots of wood. Lodges are typically built on top of a mountain or open to a valley so it makes sense that they would have an impressive amount of windows. The view is king here.

Features of a Rustic Style Home 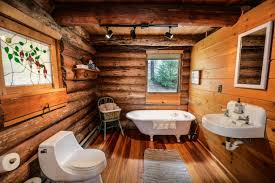 Remember the Rustic style of home is influenced greatly by what they could build with in the past, so no plastic stuff here. If you want your home to have the Rustic style, think about putting in some raw wood and stone elements. And you don’t have to break the bank to do it.

They make stone veneers that look and feel like real stone and give you the same affect for a fraction of the price. Coronado Stone is one of our corporate partners and they have some great pieces for fireplaces.

Reclaimed wood is always something that is good to use in a Rustic or even a Farmhouse style home. Reclaimed wood is wood that has been salvaged from old buildings and then retreated. Reclaimed wood also has interesting grains and little details that give such good character to any project that it’s used in. Bingham Lumber is a dealer in reclaimed wood. So you can have the Rustic style and feel good about helping the environment.

The Rustic style is all about things that could have been found or used in the area that the home was being built. While a Farmhouse kitchen can be painted bright yellow or orange, you’ll want to stick with a more natural color selection for the Rustic style.

You’ll want to use colors like beige and cream instead of bright white or yellow. You might want to consider using wood to add depth to the room instead of a color. For your fabrics, think furs and hides and more muted colors. A cowhide is a great item to use. They are tough and durable and make a great throw rug. They are also extremely stain resistant.